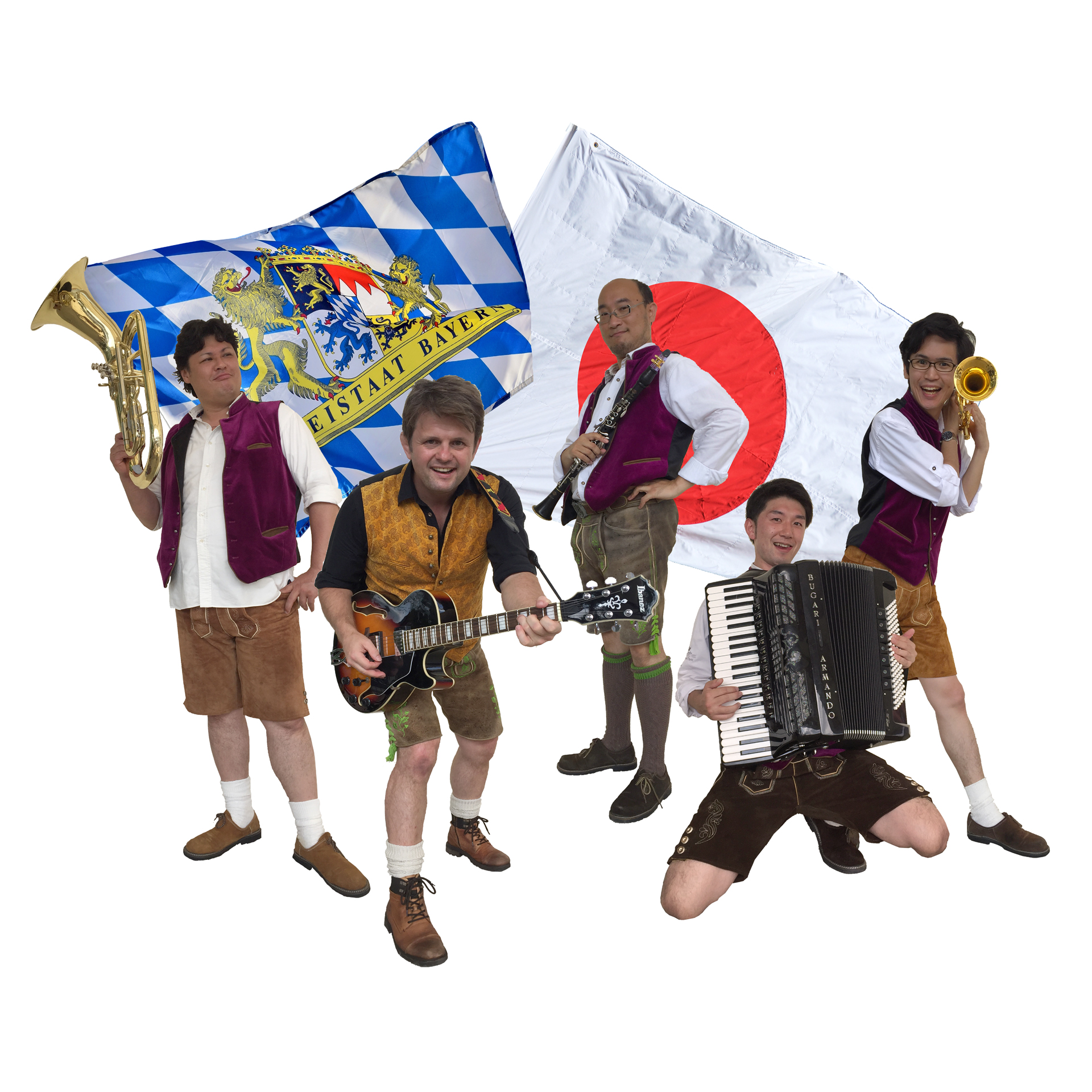 Tokio Spitzbuam & Andisan
Andi „Andisan“ Starek from Munich has been a profesional Musician and Entertainer all over the World (USA, Africa, the Middle East and Europe) for over 15 Years.Already in 2008 he released his first Bavarian – Japanese Single “Konnichiwa”, a typical Oktoberfestparty-Hit.

Ado „Adi“ Kihara from Tokyo has long been one of the best-known clarinetists in Japan and has won numerous awards. The internationally experienced artist masters his instrument perfectly and plays not only classical and Japanese music, but also his great passion, Oberkrainer and Folk music from the European Alps.

Together with their Bavarian – Japanese Crossover Band “Tokio Spitzbuam” in typical Oberkrainer Lineup, they are now playing together a unique style mix of both musical cultures. 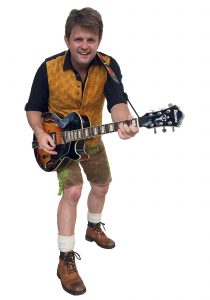 Born in Munich. He grew up in a musician and traidional bavarian family. At first he learned to play the flute, then the clarinet, as well as ‚Schuhplatteln’, which is a bavarian kind of dancing. In his youth, Andi was very succesful in sports, such as Wrestler and later even in japanese Sumo Wrestling. He obtained various international titles as a lightweight wrestler including ‚ german Champion’, ,Intercontintal european champion’ and 3rd World champion with his team in Tokyo. After his education as a cook he began to play the guitar. After a few years of private lessons he studiet the electric and acoustic guitar fort wo years at the A-Team Academy München. For 15 years now Andi has been a professional musician and guitar teacher. 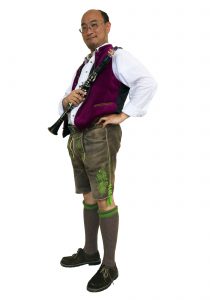 Born in yokohama. He graduated at the ‚Kunitachi College of Music’. He plays a wide range of music from classical music to Alpen Volksmusik and brazilian music. He has a passion for ‚Oberkrainer’ and so in November of this year he debuted with his band “Tokio Spitzbuam”. He had a live concert with the Bavarian musician “Andisan”. In 2010 and 2012 he was invited as a soloist to the ‚Symphony Orchestra of Sri Lanka’ and co-performed Weber’s Concerto and more. He teaches the clarinet and clarinet-ensemble as a lecturer at the ‚Shonan Conservatory Fujisawa’. 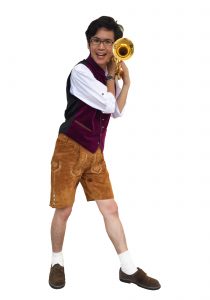 Born in Yokohama. He started to play the trumpet at the age of 10. He studied at ‚Tokyo College of Music’ after he graduated from ‚Kawawa High School’. He performed as a member of the ‚Tokyo Symposium Symphonic Wind Ensemble’ at “La Folle Journée au Japon 2015”. He appeared as a Banda at the 150th anniversary of the japanese-italian diplomatic relations at the spring festival in the ‚Tokyo opera nomori’ in 2016. He studied trumpet with Emiko Ikeda, Tomonori Sato, Naohiro Tsuken, André Henry, Hiroki Tochimoto, Osamu Takahashi. He studied chamber music with Naohiro Tsuken, André Henry, Shinsuke Tanaka. Currently he is a freelance trumpeter and plays in orchestras, as well as instructing and conducting various groups from elementary school to interested adults. In addition, he performs a wide range of activities besides performance. He conducts planning and the operation of concerts as well as shooting and editing movies. 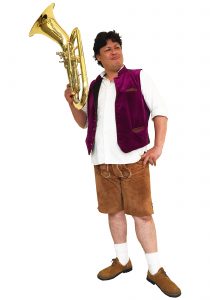 Born in Yokohama. He studied at ‚Kunitachi College of Music’. He studied Tuba with prof.Eiji Inagawa, studied chamber music with Genzo Kitamura, Kiyshi Ito and Toru Miura. He also studied conducting with Mr.Kenichi Osawa. He’s currently working as a free tuba player, he plays in a orchestra, a brass band and a brass ensemble and he teaches wind instrumental as an instructor throughout Japan. In addition, he works in various activities such as arranging, training, and conducting the wind band for TV dramas. He is tuba player for “Hearts Winds”, instructor of the wind band of ‚Tokyo Polytechnic University’, lecturer of the ‚Symphonic Wind Ensemble of Tohoku Gakuin University’ and trainer of the Yokosuka citizen brass band. 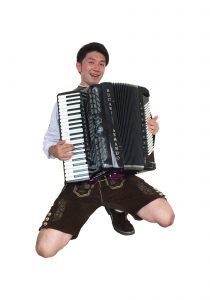 Born 1989 in Miyagi. Since childhood he start to study piano, When he started activity as accompaniment pianist, he got an accordion from a teacher of singing. He realized that the accordion was included in his favorite music from long ago, he was fascinated again by that sound and start to study with Manabu Hiyama. In 2018, he was scouted as member of Alpen music band “Tokio Spitzbuam” by Andisan who saw his performance video on Facebook, and he joined the band. In September of the same year, he won the 1st prize at the “30th Meeting of Accordionists and Societies in Kantou” Band / Ensemble Division as Duo Unit “Die Makrele” with Saxophon player Yasushi Agatsuma. Currently not only solo performance, he play various songs of various genres in various forms, pursuing the possibility of accordion.